“Bulls do not win bullfights; people do. People do not win people fights; lawyers do.” – Norm Augustine (Chairman and CEO of the Lockheed Martin Corporation)[1] 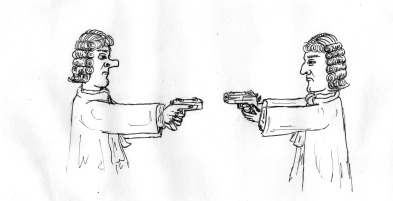 In previous blogs we recognised that for effective collaborative, we require disputes and issues to be resolved at the lowest possible level, quickly, and fairly.  In an increasingly volatile economic environment, we should be investing in our business relationships to ‘engineer in’ resilience to the partnership to effectively deal with both high risks and uncertainty. To achieve this, we should not hobble ourselves with a business relationship that is likely to generate unnecessary disputes. In addition, we need a commercial framework that supports timely and effective resolution of disputes when they arise.

Resolving disputes and issues at lowest possible level, quickly, and fairly is an unremarkable observation but just how is this achieved? We certainly need to avoid litigation and the associated delays and extortionate costs involved in such actions. There are several strategies we can pursue to do so. These include preventative measures, to minimise the likelihood of disputes, and corrective measures to minimise the consequences of disputes. We previously explored how many disputes can be prevented through a fair risk allocation process and shared objectives. In other words, we can reduce the likelihood of disputes arising.  Despite our best attempts, disputes and issues may still arise and therefore we need to explore corrective measures to mitigate consequences.  Corrective measures include internal disputes resolution and external disputes resolution. The first part of this blog explores how we can effectively deal with internal dispute resolution.

We need an understanding of how the law operates so that ‘the art of the possible’ is contemplated in our contract.  The ability to seek resolution of issues and disputes outside of the courts in common law countries is mostly unconstrained, provided that the commercial relationship does not attempt to ‘oust the jurisdiction of the courts’. This was not always the case. In the 19th century, there was a perverse incentive for the courts to encourage litigation and eschew arbitration as observed by Lord Campbell in Scott v Avery:

“…judges depended mainly or almost entirely upon fees and they had no fixed salary, there was great competition to get as much as possible of litigation into Westminster Hall, and a great scramble in Westminster Hall for the division of the spoil… [the courts] had great jealousy of arbitrations, whereby Westminster Hall was robbed of those cases which came neither into the Queen’s Bench, nor the Common Pleas, nor the Exchequer.”[2]

Fortunately, the decision in Scott v Avery recognises the validity of arbitration as a legitimate dispute resolution mechanism and many jurisdictions have subsequently enacted legislation that governs the arbitration process in contractual disputes.[3]

So long as a commercial agreement does not prohibit the courts for determining matters at some stage then there is great latitude in crafting effective disputes and issues resolution provisions in our contracts.   Only with the more radical ‘no disputes/no litigation’ clauses we see in some project alliance agreements can legal obstacles arise.

Prevention is Better Than Cure

In our previous blog on commercial models, we recognised that disputes and issues are far more likely to be minimised when we have:

These features will never eliminate disputes or issues but makes them far less likely.  We need to also recognise that when disputes or issues arise, this may not necessarily be a bad thing.  Where issues are raised in a timely and constructive manner, this could be a positive symptom of effective communication and a display of trust between the parties.  We should actively encourage prompt reporting of relevant issues and not allow them to fester.[4] How then do we incentivise such behaviours?

Crafting a disputes and issues escalation process into a contract will encourage collaboration.  Parties should be committed to ‘fixing the problem and not fixing the blame’.[5] An example clause used to encourage such behaviour is as follows:

(a)       the parties agree that all disputes, differences of opinion and questions (Disputes) arising out of or in connection with this Agreement will be initially escalated and attempted to be resolved through the Joint Project Management Team.

(b)       The parties agree that their attempts to resolve Disputes will occur in a timely manner.  The parties will at all times, to the extent reasonably possible, seek to resolve the Dispute at the lowest appropriate level, act in a manner that will minimise any delay to the Project and that will minimise and mitigate the consequences of the parties or a party incurring any or any additional costs or liability.

(c)        If a Dispute cannot be resolved through the Joint Project Management Team within 14 days, the Dispute is to be referred to the respective parties’ Managing Directors for resolution.

Clauses such as the above drive parties to resolve issues at the lowest level and as quickly as practical.  Such mechanisms though will only be effective if all team members are aware of their obligations and leaders are committed to the above principles.

In addition to contract provisions, dispute and issues may also be addressed in a partnering charter.  The following is an extract from the Partnering Charter for the ANZAC Frigate Group Maintenance Contract.

No Blame Culture. A no blame culture exists when all personal are welcomed to raise all, and any issue with the knowledge of being treated fairly and without fear of retribution for raising the issue.

Problem Solving. In a no blame culture, problems are solved collaboratively to ensure we minimise consequences.

We must recognise that partnering charters may have no binding legal force; however, they are useful for focussing efforts of the parties in meeting mutual objectives.

More radical disputes and issues resolution strategies involve a commercial framework with an express ‘no disputes/no litigation clause’.  These provisions are used in extensively in project alliance agreements.[6]  No litigation clauses such as the above deviate from most contracts in that the parties rely on a gainshare/painshare remuneration framework to drive performance.  Whilst a noble attempt to foster collaboration, a no litigation framework is very risky from a legal perspective as such clauses do attempt to oust the jurisdiction of the courts.  Many other risks with a no litigation/no liability framework also exist including

Whilst prevention is better than cure, we must  anticipate disputes and issues arising in our business relationships.  Our commercial framework must be crafted to deal with such issues at the lowest possible level, quickly, and fairly.  The contract terms themselves can achieve such outcomes as can a suitable partnering charter.  In the next part of our discussion on disputes and issues resolution, we will explore external mechanisms such as expert determination, mediation, and other novel techniques to resolve disputes whilst still preserving positive business relationships.